Mens Hostel in Tyne and Wear

Mems Hostel in Tybe and Wear. Hospital of St. Mary the Virgin

Our long-standing charity provides mens hostel in Tyne and Wear at these two sites for 58 single, economically or socially disadvantaged men, over the age of 50, who are inhabitants of the City of Newcastle upon Tyne and in certain circumstances from Tyne and Wear. While residents are expected to be capable of independent living, some may from time to time require temporary, short- term support, either because of their health, or because they have become vulnerable. 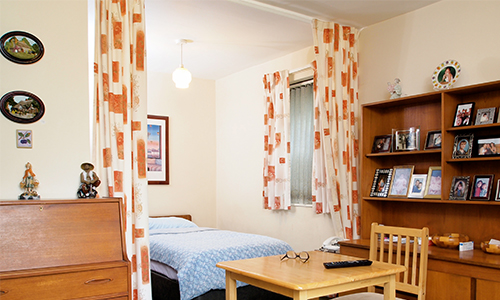 Sheltered accommodation in Newcastle – vacancies at Hospital of St. Mary the Virgin (Rye Hill and Benwell)

For details of sheltered accommodation in Newcastle vacancies at St. Mary the Virgin (Rye Hill and Benwell) or to be put on the waiting list, please contact the Manager, Ms. Patricia J Embleton 0191 274 0136, or email admin@hsmtv.org

Further help and support on sheltered accommodation can be found on the Newcastle City Website here newcastle.gov/services/housing or on the Sunderland City website here sunderland.gov.uk/housing